Delta Blues? The Legal Status of Δ8-THC Today and in the Future

Recently, this single post from Reddit caused our phones to ring off the hook with people wanting to find out if Δ8-THC (Delta 8) had suddenly been banned in Georgia and, we’re confident, caused a great deal of panic among our colleagues and their cannabis clients throughout the country. We thought, then, that it would be a good idea to review the legal status of Delta 8 to try and at least identify the issues for all who might be curious about the newest celebrity cannabinoid which has been covered by the New York Times and Rolling Stone Magazine already this year. We will circle back to key in on Georgia, the source of the recent kerfuffle, but this issue may well ultimately be settled by the federal government, not the states, and that will be our focus.

Delta 8 is one of hundreds of cannabinoids derived from the Cannabis sativa L plant. It is a positional isomer of Δ9-THC (Delta 9), meaning it has the same chemical formula and carbon skeleton, but a different arrangement of atoms in the molecule and different properties. Its slight difference with Delta 9 is that its chemical bond is on the eighth, instead of the ninth, carbon.

Delta 8 has more mild, smoother psychoactive potency than Delta 9. Users have reported that Delta 8 lacks certain side effects, like anxiety and paranoia, often attributed to Delta 9. One study recommended using Delta 8 as an antiemetic for patients undergoing chemotherapy for pediatric cancer.

Why Is This So Confusing?

Delta 8’s legal status is a morass. It is probably best described currently as not illegal in most states. The general consensus is that eleven states ban Delta 8, even if such ban is not explicit. Those states are: Alaska, Arizona, Arkansas, Colorado, Delaware, Idaho, Iowa, Mississippi, Montana, Rhode Island and Utah. They have typically done so by regulating all THC, sweeping Delta 8 in along with Delta 9.

Prior to 2018, Delta 8 was clearly illegal along with the rest of the Cannabis sativa L plant under federal law. The Farm Bill of 2018 changed that, amending  21 U.S.C. §802(16) to include the following exclusion: “[t]he term ‘marihuana’ does not include ‘hemp, as defined in section 1639o of Title 7.’” Consistent with this, federal law now makes tetrahydrocannabinols a Schedule I controlled substance, “except tetrahydrocannabinols in hemp (as defined under section 1639o of Title 7).” Likewise, prior to 2018, THC was a Schedule I “hallucinogenic substance” under the DEA’s regulations with no exception. In August, 2020, the regulations were amended to harmonize THC’s definition with the revised CSA, by excluding, “any material, compound, mixture, or preparation that falls within the definition of hemp set forth in 7 U.S.C. 1639o.” Georgia, like a number of other states, enacted similar  exemptions for hemp in its drug laws after passage of the Farm Bill. A plain reading of the law concludes that, because Delta 8 is a cannabinoid of Cannabis sativa L containing less than 0.3 percent Delta 9-THC, it falls within the definition of hemp in 7 U.S.C. §1639o(1), and is exempted from Schedule I. So whereas Delta 8 was previously an illegal cannabinoid of Cannabis sativa L, the new exclusion rendered it legal for the same reason.

Would That It Were That Simple.

The executive summary of the changes to THC’s definition in the Code of Federal Regulations noted, “[a]ll synthetically derived tetrahydrocannabinols remain schedule I controlled substances.” There is no textual distinction between tetrahydrocannabinols “naturally contained in a plant,” or, “synthetic equivalents” in the Rules, other than that mention in the executive summary. Rather, THC, under the regulations, means tetrahydrocannabinols, “naturally contained in a plant … as well as synthetic equivalents of the substances contained in the cannabis plant.” An executive summary is not part of the actual rule, but this summary may harbinger how the DEA will ultimately implement the Controlled Substances Act, post-Farm Bill, with respect to Delta 8, which is most efficiently produced by chemically, i.e. synthetically, adding three hydrogen atoms to CBD.

Does The DEA Saying Synthetic THC Is Illegal Make It So?

In its rulemaking efforts, the DEA will have to reckon with the fact that Delta 8 can also be naturally derived, though the process is inefficient, expensive and difficult. No federal law or rule defines “synthetically derived tetrahydrocannabinols,” though the DEA has consistently asserted that both natural and synthetic THC are regulated as Schedule I controlled substances. This could ultimately support a position that Delta 8 is presently not illegal. A 2001 DEA interpretative memo distinguished, “natural THC,” which is, “THC found in nature in the cannabis plant,” from “synthetic” THC, “THC synthesized by humans.” The same opinion asserted that, “the commonly understood meaning of ‘Tetrahydrocannabinols’ includes both natural THC and synthetic THC since ‘Tetrahydrocannabinols’ is simply a name that refers collectively to a category of chemicals – regardless of whether such chemicals occur in nature or are synthesized in a laboratory.” In amending its final rule concerning THC, the DEA explained that, “Congress intended all THC—natural or synthetic—to be a schedule I controlled substance.” For twenty years, the DEA has forcefully taken the position that the “commonly understood meaning of ‘Tetrahydrocannabinols’” refers to both natural and synthetic substances, so one would naturally conclude that it would also know that any law intending to treat them differently would need to state so in explicit terms, which neither the law, nor the regs do.

The DEA is not talking about Delta 8 … yet. In the Rolling Stone article, a DEA spokesperson gave a cursory response about the future of Delta 8’s legality without explicitly calling it illegal. The Agency’s comments suggest that, while it works through the rulemaking process, there is nothing currently in federal law which makes Delta 8 illegal. That is why we believe that the best way to describe Delta 8 is that it is currently not illegal: there is nothing that says it is illegal, but there is also nothing that clearly states that is legal and there is strong reason to be skeptical that it will remain in that gray area for very long. However, given the ambiguities discussed above, the government’s lack of a firm, declared position on Delta 8 and consequent lack of clear warning to the public as to its legality, any kind of enforcement or seizure action would be difficult to win.

What About That Georgia Case?

That brings us back to the Reddit post. We have no connection to this case, affiliation with any of the parties or inside knowledge, but we can glean a couple things from what was stated in the post. First, the DA who spoke with the poster did not discuss Atlanta Vapor specifically which stands to reason since a DA is typically not going to discuss an ongoing investigation with anyone who just calls in, (they will barely discuss cases with attorneys they don’t know well). It is entirely possible, if not likely, that the DA’s office did not even know about this search until after it occurred, as that would not be abnormal in Georgia. A day or two later, when this post was made, it is possible, but not certain, that an ADA would be assigned to the case to present it to the grand jury for indictment, but quite possibly months or even years from now, especially since Georgia only recently reopened the courts for grand jury proceedings due to the pandemic. Why is that important? Well, for one thing, it is probably not fair to assume that your average Griffin Judicial Circuit ADA has a working knowledge of Delta 8 to be able to immediately cut through all the nuances above and definitively state that it is illegal in Georgia. Even if they could, to our knowledge, that question has not been presented to any courts here (yet), certainly has not been resolved in its appellate courts and has not come up too often in courts around the country, either. So perhaps the ADA who fielded this call heard the caller ask about “THC” and immediately jumped to the conclusion that they were asking about Delta 9, which clearly is a restricted Schedule I substance under federal and Georgia law.

What we can also surmise from the post is that the GBI came into Atlanta Vapor with a warrant, which means they had done some level of investigation of that store prior to coming in and presented its findings to a judge who found probable cause, at least to seize the inventory. The poster confirms that, “the GBI and DEA did testing on carts” and found some of them to contain more than .3% Delta 9, which thus makes them marijuana (i.e. “hot”) under both Georgia and federal law. This, then, would provide probable cause for a warrant, which (again, we’re speculating) probably authorized them to seize just about anything in the store which could have contained more than .3% THC, including basically any cartridge they saw. That does not mean that everything they seized was illegal, it means that they seized everything that could be illegal and presumably will now test it to make a more definitive determination. Notable here is that, depending on the process used, Delta 8 products can also contain Delta 9, so any transacting in Delta 8 would require the purveyor to assure, scrupulously, that the level of Delta 9 conformed to state and federal law. Otherwise all bets are off, even at present. The bottom line is that we probably need to know more about the Atlanta Vapor situation before hitting the panic button, but it is a good reminder of how close to the line those who trade in Delta 8 are legally and how careful they must be when doing so.

It seems as if the question of Delta 8’s legality – for now – comes down to one of fair warning: because the law does not clearly inform the ordinary citizen that Delta 8 is a Schedule I substance, it would likely be difficult for any government to successfully prosecute a citizen or company for trading in or consuming Delta 8. There are plenty of indicia that the federal government will soon clarify position on Delta 8, which will cause a significant number of states to do the same, and it will not be surprising if its position is to view it as a Schedule I substance. So the outlook for Delta 8 as anyone’s legitimate revenue source is murky at best, even if it is generating big revenue at present.

I was joined in writing this post by Danielle Johnson, who is a partner and founding member of ECCE Global, cannabis-focused consultants and project managers based in Atlanta, Georgia. Danielle provided all of the factual data and research for this post and I thank her very much for her assistance. 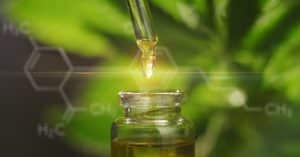 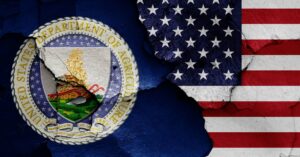 I’m kind of late to the party in offering my initial thoughts on the USDA’s interim final rules on hemp, but I finally got a few minutes to sit