Recently, the AJC published this article indicating that Georgia’s Industrial Hemp Plan needed to be revised before it would be approved by the USDA, thus opening the door for Georgia to issue licenses to grow hemp. So what does that mean for hemp production in Georgia?

According to Gary Black, Georgia’s Commissioner of Agriculture, what it means is that Georgia farmers will have to wait to grow hemp until the state’s plan is approved. The plan was sent back because it failed to certify that it had the resources and personnel necessary to implement its plan and Georgia did not do that. Why? Because nobody budgeted money for doing so (it says so right in the plan). No problem, right? Commissioner Black would just go back and request $1.6 million in state funds to implement the program over the next two years. Only, that’s the problem. Specifically, tax revenue is not growing fast enough and Georgia is currently in a budget crunch, with all government departments, including the GDA, being ordered to slash their budgets in a state which has never been shy about shooting itself in the foot if it means not creating additional taxes.

So, it seems possible, maybe likely, that Georgia will not be able to make the necessary changes to its Industrial Hemp Plan to gain approval from the USDA in time for the 2020 growing season, since “the necessary edits cannot be fulfilled within the current statutes of the Georgia Hemp Farming Act and the 2020 budget.” What caught my eye is that Commissioner Black stated that that means that there will be no legal hemp growing in Georgia in 2020.

I thought the USDA Interim Final Rules and the statute which those Rules implement both provide for a situation just like this. Specifically, if a state plan is has not been approved, then persons in that state who wish to produce (grow) hemp can apply for a license under the USDA’s Plan. Bonus: whereas Georgia’s plan requires applicants for grow licenses to pay $50/acre up to $5000 for that license, the USDA is not charging for its licenses.

So I did what any other lawyer with a overdeveloped need to be right would: I emailed the author of the article to point out that the Georgia farmers could still grow in 2020. He responded as follows:

“[t]he Georgia Department of Agriculture verified to me today that hemp production cannot begin in Georgia until the USDA approves the state’s plan, notwithstanding the provision of federal rules that you cite.

USDA would have to reject the state’s hemp plan and agree to administer the program for that state, according to the Georgia Department of Agriculture. In this case, USDA has not rejected Georgia’s plan. Instead, USDA has said it will reject Georgia’s plan unless it funds a state hemp program.”

I went back to the Interim Final Rules to see if this was right. In my opinion, it was not. Those Rules, which became effective upon their publication in the Federal Register on October 31, 2019 are pretty straightforward.

First, “State or Tribal plans must be submitted to USDA and approved prior to their implementation.” Check. Georgia’s plan was submitted to the USDA, but not approved. Why?

Well, “[i]f a plan does not comply with all requirements of the Act and this part it will be rejected. USDA will consult with the Attorney General throughout the process.” Georgia’s plan did not comply with the requirements, so Georgia’s plan was not approved. So does that mean it was rejected or is there some third option like the one referenced by the GDA to the reporter?

Consistent with this statute, the Rules state, “[w]hen plans are rejected, USDA will provide a letter of notification outlining the deficiencies identified. The State or tribal government may then submit an amended plan for review,” which is precisely what happened in this situation. Georgia’s plan was considered and, within sixty days, was not accepted. It therefore was rejected, subject to the revisions which the USDA required and which the GDA acknowledged.

An interesting question this raises is whether the USDA’s rejection of Georgia’s Plan means only that those portions of the plan which overlap with the USDA’s plan are preempted, or if the USDA’s plan preempts the entire program until it is brought into compliance. The Secretary has already stated that the rejection of Georgia’s hemp plan does not affect its regulation of processors, which are not addressed in the USDA’s plan, and who have to pay a $25,000 fee to process hemp in Georgia. Of course, per the AJC, the Secretary also thinks Georgians are not allowed to grow hemp in the State until the USDA approves its plan, and that seems to be incorrect.

I think there is at least an argument to be made that the Secretary is wrong about processors as well because regulation of processors is part of Georgia’s hemp program, and until the USDA approves that program, it is not in effect, period. This would mean a loss of quite a bit of revenue for the GDA and Georgia’s government, so I would not expect them to agree to this without a fight. Loss of revenue may also be the motivation for the GDA’s claims that farmers have to wait until Georgia can license them – and charge them for those licenses – to grow.

Passing federal muster seems a little more difficult than it originally appeared, given the federal government’s stated desire to leave hemp regulation primarily with the States. States have encountered varying issues with the Rules and dealt with them in different ways. I thought Kentucky took a very smart approach by deciding to continue to operate under its pilot program (under the 2014 Farm Bill) for the 2020 growing season while it developed a plan consistent with the Interim Final Rule, which, after all, only came into effect three months ago. As my friend Rod Kight recently pointed out, the 2014 Farm Bill, and the pilot programs implemented thereunder, do not sunset until after this year’s growing season. So states can operate under previously established rules while take their time coming up with laws, regulations and a plan that conform to the new Rules, which will govern all States by the end of this year. That’s not an option for Georgia, however, because it did not establish a pilot program under the 2014 Farm Bill.

As I read the Rules, though, I think citizens of Georgia (and any other State whose plan has not been approved by the USDA) have the opportunity to produce hemp without waiting to see whether the state plan will receive USDA approval for this season. Put another way, I do not think that either Georgia or the USDA can prevent someone who otherwise qualifies for a USDA producer license to obtain that license and begin the process of growing hemp this year prior to Georgia’s plan being approved. The downside for Georgia growers is that, once the GDA does procure the funding it is seeking to implement its plan (assuming it does so), Georgia’s program, then likely approved by the USDA, would supersede the USDA’s and the grower will have to reapply (and pay) for a Hemp Grower license in order do so legally. Will the extra paperwork discourage farmers from growing hemp in Georgia in 2020? I guess we’re about to find out.

PrevPreviousRegulate: The Interim Final Rules, Key Participants And Background Checks
NextStill Smokin’: What In the World Is Georgia Going To Do About Smokable Hemp?Next
Request Case Review
(470) 319-8721

I’m kind of late to the party in offering my initial thoughts on the USDA’s interim final rules on hemp, but I finally got a few minutes to sit 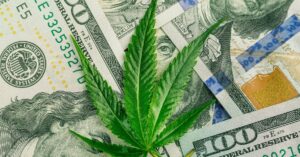 Within Georgia’s cannabis community, HB 847, which includes many proposed changes to Georgia’s Hemp Farming Act, has caused almost as much hysteria as the Coronavirus. The bill originally proposed was